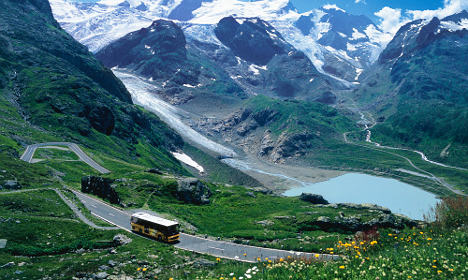 File image of a bus barreling through the Susten Pass in the Bernese Oberland (Photo: swiss-image.ch/Christof Sonderegger).

In all, the federal transport department has targeted 176 regional routes out of a nationwide total of 300.

The department last week said the affected routes were those failing to cover at least 50 percent of their costs with revenues.

Using buses could result in substantial savings, according to the department.

Cantons and other interested parties have until November 22nd to respond.

But alarm bells are already ringing in some regions, such as the canton of Jura, which could see all of its regional trains disappear.

Many of the local trains around Neuchâtel also face the axe, with a total of 70 routes under threat in French-speaking Switzerland alone.

The federal cabinet earlier backed the switch to buses if money can be saved as part of its package of national rail reforms.

But other factors are also being considered, including the state of rail lines.

Lines that have seen recent significant infrastructure development would not be affected.

In some cases, there are disputes over how much money certain regional lines are actually losing.

“We are still a long way from replacing certain trains by buses,” Windlinger told the 20 MInutes newspaper.

“This is about solely verifying the (costs) of the lines.”

He noted that nothing has yet been decided, adding that financial evaluations were not cast in stone.