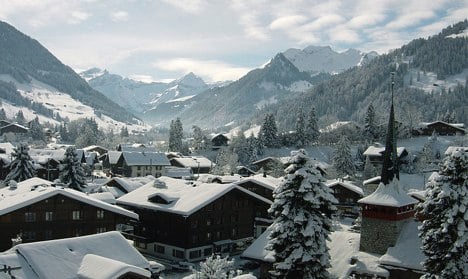 Opponents of the special tax break collected more than the 100,000 signatures needed for their law-change proposal to be put to a national vote, the federal government said in a statement.

The referendum, put forward by the Alternative Left Party under the title "Stop Fiscal Privilege for Millionaires", would likely take place within the next two years, a government spokeswoman said.

Only five out of Switzerland's 26 cantons, including Zurich, currently ban a scheme that allows foreigners to pay taxes on the basis of how much they spend in the country rather than on their earnings or total assets.

Thursday's announcement came two months after a regional vote in the canton of Basel-Landschaft approved a similar proposal, while the Bern canton that is home to many wealthy foreigners, rejected the move.

If the push to halt the tax breaks across Switzerland is successful, it would affect around 5,000 foreigners who now pay the state nearly 700 million francs ($760 million), according to the most recent government figures from 2010.

Supporters of the special tax break argue that removing it will incite wealthy foreigners to leave the country, and point out that almost half of such millionaires left Zurich after it eliminated the scheme in 2009.