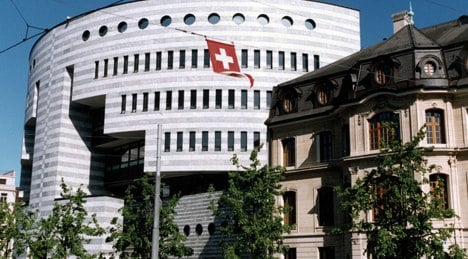 The Basel Committee on Banking Supervision said at a press conference in the Swiss city on Sunday  that it had widened the definition of the easy-to-sell assets that banks will have to hold to survive periods of stress.

The Basel III standards had been initially proposed in 2010 but banks and financial institutions have since lobbied intensively to make the rules more flexible and result in lower costs for the sector.

The details of the Liquidity Coverage Ratio (LCR), which was drafted to avoid a repeat of the 2008 banking crisis and unanimously endorsed on Sunday by the Basel group's top oversight body, give the banks a reprieve.

Its provisions include a much broader definition of the minimum assets every bank needs to hold, making it less costly for them to maintain the required buffer.

"The changes to the definition of the LCR, developed and agreed by the Basel Committee over the past two years, include an expansion in the range of assets eligible as HQLA (high quality liquid assets)," the committee said.

The new LCR's full details will also be fully implemented only in 2019, instead of 2015 as initially proposed.

"Specifically, the LCR will be introduced as planned on 1 January 2015, but the minimum requirement will begin at 60%, rising in equal annual steps of 10 percentage points to reach 100% on 1 January 2019," the Basel group announced.

Mervyn King, chairman of the Basel group's top oversight body and governor of the Bank of England, described the agreement announced Sunday as "a very significant achievement."

"For the first time in regulatory history, we have a truly global minimum standard for bank liquidity," King said.

"It was well worth spending the time to make it right because this is an agreement which is going to affect banks for a number of years," he said, adding that the agreement had been reached unanimously.

The Basel Committee, organized by the Basel-based Bank of International Settlements, brings together representative regulators from 27 nations.

"Importantly, introducing a phased timetable for the introduction of the LCR, and reaffirming that a bank's stock of liquid assets are usable in times of stress, will ensure that the new liquidity standard will in no way hinder the ability of the global banking system to finance a recovery," King said.

Stefan Ingves, chairman of the Basel Committee and of Sweden's Sveriges Riksbank, said the global regulator could now focus on the Net Stable Funding Ration, another pillar of the Basel III reforms.

"The completion of this work will allow the Basel Committee to turn its attention to refining the other component of the new global liquidity standards, the Net Stable Funding Ratio, which remains subject to an observation period ahead of its implementation in 2018," he said.