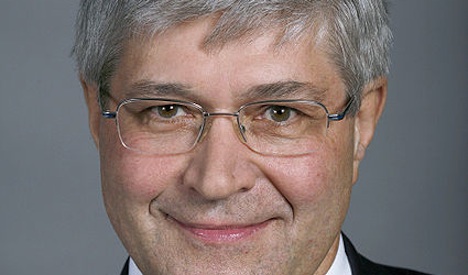 In a case that killed his political career when it first came to light, Zuppiger, 60, and a 71-year-old colleague in his company were found guilty of using the 240,000-franc legacy of a deceased employee for their own use when its was supposed to be given to charity.

The Zurich politician was a candidate for the SVP for the federal cabinet in December 2011 when the affair was first exposed by the Weltwoche magazine.

Controversy over the case forced him to step down as MP on September 10th 2012 after he lost the support of his party.

He was also stripped of his position as president of the Swiss Trade Association and several board positions after the charges became known.

Zuppiger admitted to using money over which his company had custody that was supposed to go to the cancer league and a charity for the elderly.

He used part of the money to pay for outstanding bills at a luxury hotel in Bern and for overdue sales taxes, according to reported court testimony.

The presiding judge rapped Zuppiger for “reprehensible” behaviour in ignoring the will of his deceased colleague for years, Blick.ch reported.

Zuppiger told Weltwoche that he had paid back the charities in full plus interest “without any damage to third parties”.

His colleague received the same sentence as Zuppiger,

The former politician was surrounded by journalists and forced to listen to the angry tirade of an onlooker who called him a crook as he exited the courthouse to wait for his chauffeur-driven BMW, according to Blick.ch.

“A finished crook,” said the man. “He had always said that he earned the money.”

Zuppiger withheld comment and  mumbled into his cell phone while pacing back and forth until the car arrived, Blick.ch said.