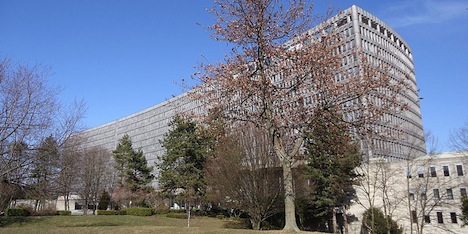 "This figure means that today there are 28 millions more unemployed people around the world than they were in 2007," before the crisis, ILO chief Guy Ryder told reporters in Geneva on Monday.

Last year's unemployment number inched up towards the all-time record of 199 million reached at the epicentre of the crisis in 2009, but "we will beat that record in 2013", an expert for the ILO, which is the labour arm of the United Nations, told AFP.

Another 5.1 million people are expected to join the jobless ranks this year, bringing the total number to more than 202 million.

That number is expected to rise by another three million in 2014 and should hit 210.6 million by 2017, ILO said, adding that the global unemployment rate was expected to stay steady at six percent until then.

However, analysts often point out that official unemployment data reflects those people who satisfy the conditions for being registered as unemployed, and that official data does not necessarily capture large numbers of people who would like to have officially registered work but do not feature in any statistics.

"The trends are very much (going) in the wrong direction," Ryder said, lamenting a "noticable worsening of the unemployment situation around the world".

The impact of the economic crises on the global labour market had in many cases been worsened by incoherence between monetary and fiscal policies and "a piecemeal approach" to the problems, especially in the eurozone, the report said.

"Weakened by faltering aggregate demand, the labour market has been further hit by fiscal austerity programmes in a number of countries, which often involved direct cutbacks in employment and wages," it said.

At the same time, "labour force participation has fallen dramatically . . . masking the true extent of the jobs crisis," the ILO said, pointing out that 39 million people dropped out of the labour market altogether last year as job prospects became increasingly gloomy.

Young people have been especially hard-hit by the expanding jobless trend, the UN agency said, pointing out that there are currently some 73.8 million youths, aged 15 to 24, without work worldwide.

"And the slowdown in economic activity is likely to push another half million into unemployment by 2014," the report cautioned.

Last year, the global youth unemployment rate stood at 12.6 percent, and it was expected to rise to 12.9 percent by 2017, according to the ILO.

"The crisis has dramatically diminished the labour market prospects for young people, as many experience long-term unemployment right from the start of their labour market entry," the UN agency said, adding that it had never seen anything similar during previous downturns.

Today, about 35 percent of all young people on the dole in advanced economies have been out of work for six months or longer, up from just 28.5 percent in 2007, the report showed.