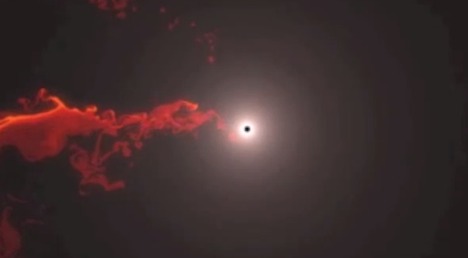 The observation made using the European Space Agency's INTEGRAL satellite project, revealed a black hole that had been inactive for years chomping on a giant, low-mass object that had come too close.
Scientists at the Swiss university analyse the data collected by INTEGRAL, launched in 2002 to study gamma rays and throw light on events far from Earth's galaxy.
They spotted a light flare coming from a black hole in the centre of the NGC 4845 galaxy, which has a mass more than 300,000 greater than the Sun and had been dormant for more than 30 years, the university said in a statement.
Matter-sucking black holes normally lurk dormant and undetected at the centre of galaxies, but can occasionally be tracked by the scraps left over from their stellar fests.
This black hole had woken up and absorbed an object with a mass 15 times that of our own Jupiter — after taking three months to drag the snack from its trajectory.
It managed to swallow 10 percent of the object's total mass, while the remainder stayed in orbit.
In a separate statement, the European Space Agency said the object was either a giant planet or a brown dwarf — a stars that lacks sufficient mass to sustain a thermonuclear fusion of hydrogen and helium which makes other stars, like our sun, shine brightly.
Astronomers estimate there as many errant planets in the Universe as there are stars — meaning plenty for lunch options for black holes.
Details of the project's findings were published in the journal Astronomy & Astrophysics.
"The observation was completely unexpected, from a galaxy that has been quiet for at least 20-30 years," the European Space Agency quoted lead author Marek Nikolajuk of Poland's University of Bialystok as saying.

Check out the University of Geneva video explaining the finding (in French): 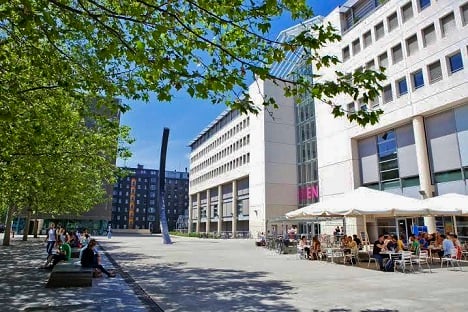 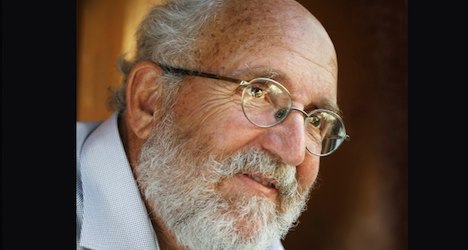