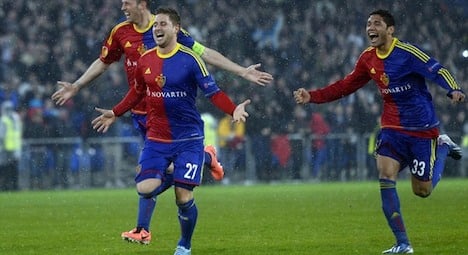 A penalty by Fabian Frei was enough to seal the championship in a memorable season that saw them reach the Europa League semi-finals, beating Spurs on the way, where they lost to eventual winners Chelsea.

Basel, winning their 16th league title, hold a three point lead over Grasshoppers but have a significantly better goal difference.
Grasshoppers, though, can be content that they deprived Basel of the domestic double having beaten them in the Swiss Cup final.