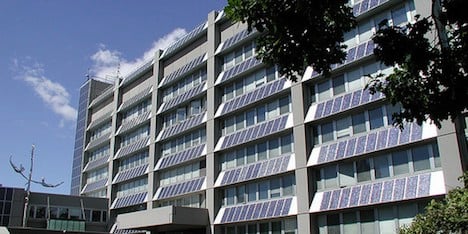 Whistleblower Edward Snowden, 29, recently released documents showing that the NSA collected nearly three billion pieces of intelligence from US computer networks through a process of “data mining” over a 30-day period ending in March.

Billions of other pieces of information were reportedly obtained by the agency elsewhere in the world.

Snowden, an employee of defence contractor Booz Allen Hamilton who was working for the NSA, leaked the information to The Guardian newspaper in the UK last week and went public about his identity on Sunday.

"Much of what I saw in Geneva really disillusioned me about how my government functions and what its impact is in the world," he told the newspaper in an interview published online on Monday.

"I realized that I was part of something that was doing far more harm than good."

The CIA in 2007 stationed Snowden as a technical assistant in Geneva, where the US has a mission to the United Nations.

The Guardian reported that he was responsible for maintaining computer network security and had clearance to access a “wide array of classified documents”.

Snowden’s access to the documents led him to “begin seriously questioning the rightness of what he saw.”

The Guardian said Snowden described a “formative” incident in which he claimed CIA operatives were attempting to recruit a Swiss banker to obtain secret banking information.

The operatives purposely got the banker drunk and encouraged him to drive home in his car, he told the newspaper.

When the banker was arrested for drunk driving, an undercover agent offered to help “and a bond was formed that led to successful recruitment”.

Snowden told The Guardian that it was during his stint with the CIA in Geneva that he thought for the first time about exposing American government secrets.

He chose not do so because most of the secrets the CIA has are “about people, not machines and systems, so I didn’t feel comfortable with disclosures that I thought could endanger anyone.”

The second reason was that the presidential election of Barack Obama in 2008 gave him hope that there would be real reforms, making disclosures unnecessary.

He left the CIA in 2009 and began working for a contractor for the NSA, where he “watched as Obama advanced the very policies that I thought would be reined in”.

On Saturday, President Obama defended US surveillance programs as necessary for the security of the country.

Admitting that he initially had a healthy scepticism about such programs, he said his administration had added “additional oversight” and he now believes “they help us prevent terrorist attacks.”

The US president said that in defending against terrorism you can’t have “100 percent privacy and zero inconvenience”.

People might complain about “Big Brother” or a “program run amok” but “when you actually look at the details, I think we’ve struck the right balance.”