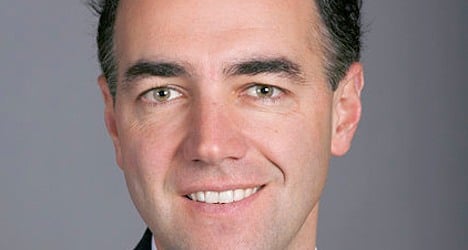 Sixteen members of the lower house of parliament's economic affairs committee voted against the so-called "Lex USA", with just nine votes in favour, committee president Christophe Darbellay told reporters, according to the ATS news agency.
The committee's position does not oblige the lower house of parliament, or the National Council, to follow suit when it votes on the matter on Tuesday.
But it does indicate there could be rougher waters ahead for the controversial deal than expected when it was voted through the upper house of parliament on Wednesday.
The National Council already showed its defiance to Washington's take-it-or-leave-it deal when it voted last week to hold off making a decision due to what it called a lack of information about the conditions attached.
Bern accepted the deal at the end of May and has urged parliament to rush it through so it can go into force by July 1st, but due to a confidentiality clause, most details surrounding the deal are only set to be released once it takes effect.
Officials and Swiss media have meanwhile speculated that it involves massive fines in proportion to the banks' alleged wrongdoing.
Swiss banks are believed to hold accounts worth billions of dollars belonging to American citizens that are not declared to US tax authorities.
The controversial deal would enable Swiss banks to circumvent some elements of the country's cherished bank secrecy laws and turn over key information to US authorities.
But without parliamentary approval, the banks risk falling afoul of Switzerland's banking secrecy laws if they hand over client information, and risking their American and global operations if they do not.