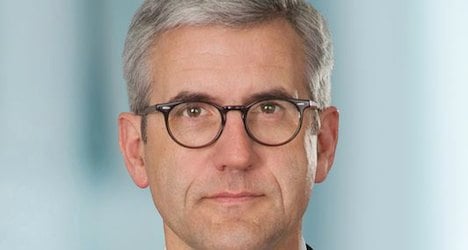 "The board of ABB has unanimously appointed Ulrich Spiesshofer . . . as chief executive officer," the company said in a statement.
It added that "he will succeed Joe Hogan in this role in an orderly transition on September 15th 2013."
Hogan, who announced on May 10th that he had decided to leave the company "for private reasons," would remain with ABB for a few months after that as a senior advisor to the board, the statement added.
Spiesshofer, a German citizen, joined ABB in 2005 and took over the DM unit four years later, where he had helped double the division's revenues, increased profit margins and had guided the division through the integration of US industrial electric motor maker Baldor, ABB's largest ever acquisition, the company said.
"I am extremely pleased that the new CEO comes from within the company, and brings a solid track record and deep knowledge of the portfolio," said ABB chairman Hubertus von Gruenberg.
Industry observers hailed the choice, which they said would ensure a level of continuity at the helm of the company.
"We expect the current strategy to be continued with him in his new role as CEO," J. Safra Sarasin analyst Martin Schwab wrote in a research note.
The markets also appeared to welcome the announcement, pushing ABB's share price up 2.97 percent to 20.79 francs in mid-morning trading, as the Swiss stock exchange's main index rose just 0.86 percent.
Spiesshofer, who headed ABB's Corporate Development unit before he took over the DM division, has also worked at Roland Berger Strategy Consultants and A.T. Kearney management consultants.
He has a PhD in Economics from the University of Stuttgart in Germany.