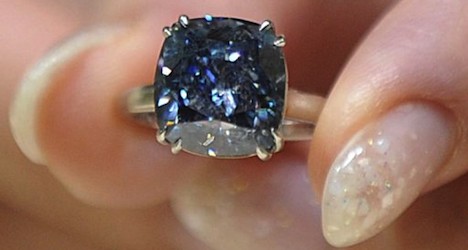 The Pink Panther gang is suspected of stealing diamonds and other jewels from shops in Switzerland and elsewhere in Europe. Photo: Mike Clarke AFP File

Zoran Tomovic, born in Montenegro but with French and Macedonian citizenships, had been on the run since escaping from a Swiss prison in May, where he was serving time for armed robbery.

The 47-year-old, a former member of the French Foreign Legion elite force, was detained on August 19 at his home in the southern town of Bedarrides.

A court in Nîmes, not far from the town, on Wednesday ruled against sending him to Switzerland because France does not extradite its own citizens.

Tomovic is suspected of having stolen jewels in Switzerland and other countries including Germany, Austria, Monaco, Britain, Japan, France and Dubai.

The court will examine on September 25th another extradition demand by Macedonia, where he was tried and convicted in absentia in 1998 for murder, as well as his request to be released.

The Pink Panthers emerged from the conflict in the former Yugoslavia to become the most successful jewel thieves in the world.