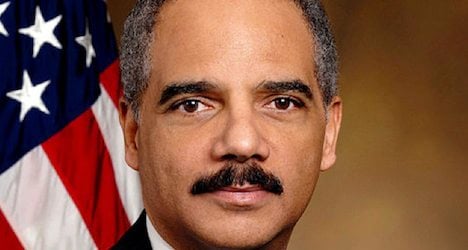 The US Department of Justice said the agreement with Switzerland will advance Washington's campaign against tax avoidance by US citizens hiding funds offshore.

But it also made clear that Switzerland would no longer be able to offer secret banking facilities to Americans out of reach of US tax authorities.

"This program will significantly enhance the Justice Department's ongoing efforts to aggressively pursue those who attempt to evade the law by hiding their assets outside of the United States," US Attorney General Eric Holder said in a statement.

"In addition to strengthening our partnership with the Swiss government, the program's requirement that Swiss banks provide detailed account information will improve our ability to bring tax dollars back to the US Treasury from across the globe."

The deal offers individual Swiss banks the opportunity to avoid US prosecution if they agree to pay "substantial fines", disclose all of their cross-border activities, provide details on the accounts of US citizens, and give information on the sources and destinations of transferred funds in relation to secret American accounts.

The fines will be assessed at 20-50 percent of the aggregate value of any undeclared accounts held by Americans, depending on the time they accounts were open — before 2009 or since then.

An unspecified number of Swiss banks already under formal criminal investigation by US authorities are not eligible for the deal.

The department would only say that 14 financial institutions are currently under investigation for their activities in Switzerland.

"The program is intended to enable every Swiss bank that is not already under criminal investigation to find a path to resolution," the DOJ said in a statement.

"It also creates significant risks for individuals and banks that continue to fail to cooperate, including for those Swiss banks that facilitated US tax evasion but fail to cooperate now, for all US taxpayers who think that they can continue to hide income and assets in offshore banks, and for those advisors and others who facilitated these crimes."

The Swiss Bankers Association on Wednesday hailed the deal after it was accepted by the Swiss government.

It "enables all banks in Switzerland to settle their US past quickly and conclusively and creates the necessary legal certainty," they said.

The new deal comes after the Swiss parliament in June rejected an initial agreement, which would have temporarily lifted Switzerland's long-sacrosanct banking secrecy, offering the banks a blanket one-year waiver to reveal details about accounts held by US citizens.