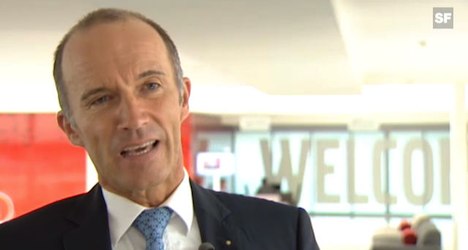 At a hastily organized press conference, André Hurter, CEO of the Services industriels de Genève (SIG), announced that he was stepping down following “differences” with the utility’s chairman, Alain Peyrot.

“SIG invested 46 million (francs — $49 million) in wind projects in partnership with Ennova and that has not generated a megawatt of energy,” the chairman is quoted as saying.

Peyrot said the results of an external audit were severe and alarming and followed on the heels of an internal audit earlier in the year that was contested by Hurter.

This audit exposed management problems with the utility’s wind project in the Jura region, concluding that SIG’s investment in Ennova was at risk to the tune of 46 million francs, SIG said.

Rather than further contest these conclusions, Hurter elected to resign.

Peyrot said the wind energy scandal “has nothing to do with our traditional activities, which we are in perfect control of”, the Tribune de Genève reported.

SIG decided to regroup all its wind energy projects in a new company called Ennova back in 2011.

With Geneva parliamentary and government elections coming up next month the issue threatens to become a political football.