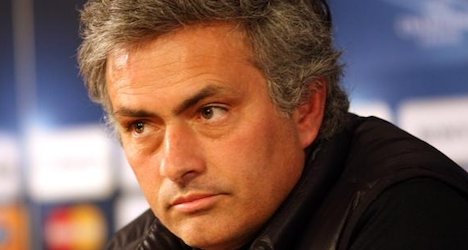 Mourinho's last Champions League match in charge of Chelsea turned out to be the final fixture of his three-year reign in west London as a 1-1 draw against Norwegian minnows Rosenborg proved the final straw for owner Roman Abramovich.

A power struggle between Abramovich and Mourinho came to a head following that lacklustre performance at a half-empty Stamford Bridge and the Portuguese coach was dismissed just 48 hours later.

It was a most unfitting epitaph for Mourinho's glorious spell at Chelsea, which yielded two Premier League titles, two League Cups and an FA Cup.

Mourinho, who has since won the Champions League with Inter Milan in 2010, also suffered two agonizing semi-final defeats against Liverpool in Europe's elite competition during his time at Chelsea.

But, following his return to the club from Real Madrid in pre-season, the 50-year-old has an opportunity to ensure thoughts of Chelsea and Europe conjure up happier memories in future.

Chelsea, of course, won the Champions League in 2012 and lifted the Europa League last season, so the pressure is on Mourinho to deliver more continental glory.

To do so, he will have to balance his desire to fight for the Premier League title with the demands of European action.

That means prioritizing who should play in each competition, with his three attacking midfield positions especially hard to juggle given he can choose from Eden Hazard, Juan Mata, Oscar, Andre Schurrle and Willian.

"I don't know if I keep them happy," Mourinho said.

"I will judge on the pitch," he said.

"I will not judge on words or interviews, not on agents or parents or friends or comments or the press or twitters or something like that.

"So if one guy is the man of the match he has to play the next match."

Basel have giant-killing pedigree in the Champions League after a stunning 2-1 win over Manchester United in 2011-12 allowed the Swiss team to progress to the knockout phase at their opponents' expense.

But Chelsea, then managed by Rafael Benitez, proved too strong for Basel when they met in the Europa League semi-finals in May, winning 5-2 on aggregate before claiming the trophy with a final triumph against Benfica.

Chelsea are favourites to progress in top spot from a group also featuring Schalke 04 and Steaua Bucharest, but there is little margin for error against Murat Yakin's side.

Saturday's 1-0 loss at Everton gave Mourinho his first taste of Premier League defeat since his second coming at the Bridge.

And Belgian midfielder Hazard, who started in both legs against Basel, admits it would be unthinkable for a club of Chelsea's stature to lose two games in a row.

"We have another game on Wednesday in the Champions League and we need to win because Chelsea is a big club," Hazard said.

"We need to work in training to help us win that game."