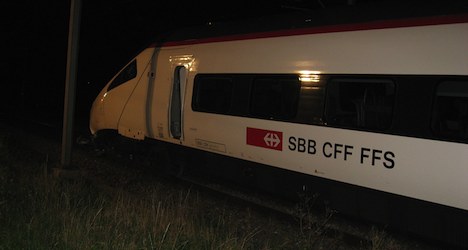 The car was travelling on the highway from Martigny to Saint Maurice when for an unknown reason it left the road and ended up on the rails, Valais cantonal police said on Thursday.

The driver of the Eurocity 42 train coming from Venice and travelling toward Lausanne applied the emergency brake but was unable to avoid a collision with the vehicle at around 10.20pm, police said.

No passengers on the train were injured in the crash, which occurred in the Evionnaz-Balmaz region.

The 115 occupants of the train, operated jointly by Swiss Federal Railways and Trenitalia, were transferred to another train at 1.20am, police said.

A formal process to identify the victim was still under way on Thursday morning.

The local prosecutor’s office has begun an investigation into the case.