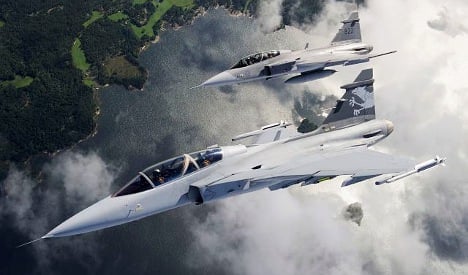 The groups, who filed their bid in Bern on Tuesday, have four months to gather the 50,000 signatures necessary to put the issue on the ballot next year, which they are expected to be able to do with ease.

The decision by the federal cabinet to acquire the Saab JAS-39 combat planes remains deeply unpopular with the public, although the upper and lower houses of parliament backed the move in separate votes last month.

A survey published by weekly newspaper SonntagsBlick in early September showed 63 percent of respondents were opposed to the purchase of the aircraft.

The government wants to use the jets to replace its aging fleet of Northrop F-5 Tiger II pursuit planes.

The focus of the opposition to the Gripen planes is the cost, which is earmarked to be paid over 10 years from the budget of the Swiss armed forces.

According to armament specialists “a combat plane will come back in the end to cost three times its purchase price,” Adèle Thorens, co-chairman of the Green party, is quoted as saying by the ATS news agency.

“We are therefore talking here of an expenditure of nine billion francs,” she said.

“We oppose this extravagant expense.”

Socialist MP Evi Alleman from the canton of Bern said there was no need to waste billions of francs of tax money to “satisfy the dreams of a few fans of air defence”, ATS reported.

Given that Switzerland is surrounded by friendly countries, the risk of air combat is minuscule and the air forces F/A 18 Hornets are readily sufficient to patrol Swiss air space, Alleman indicated.

The Group for Switzerland without an Army is backing the referendum drive.

Right-wing politicians who were initially divided over whether the Gripen was the right combat plane to buy have subsequently closed ranks.

Defence Minister Ueli Maurer, who is also Swiss president this year, has already stated that he plans to boil the issue over the Gripen planes down to a question of whether citizens are for or against the army.

Supporters of the aircraft will point to the involvement of the Group for Switzerland without an Army as proof that a vote against Gripen is a vote against the Swiss military.

Last month, the group failed in its referendum bid to end military conscription when 73 percent of voters rejected the idea. 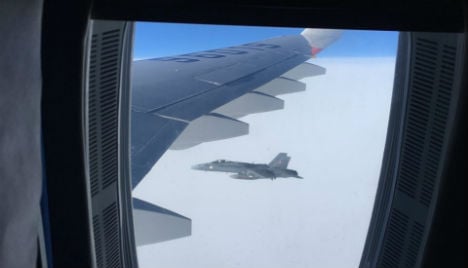 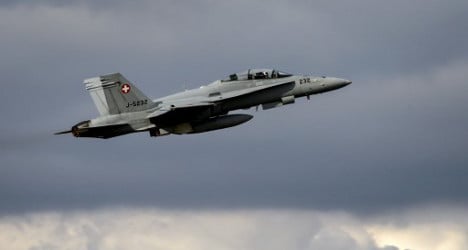