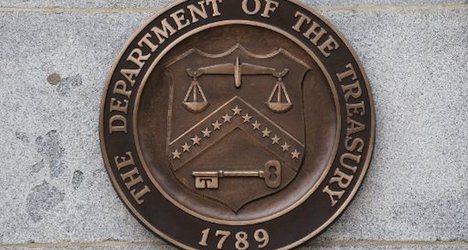 Weatherford and its US subsidiaries falsified its accounts to hide bribes paid to win business in Africa and the Middle East and its violations of US sanctions and export controls.

Three subsidiaries of Weatherford agreed to plead guilty to anti-bribery provisions of the Foreign Corrupt Practices Act and export controls violations under the International Emergency Economic Powers Act, the Justice Department said in a statement.

"Weatherford International and its subsidiaries have also agreed to pay more than $252 million in penalties and fines," the department said.

According to the Treasury Department, Weatherford exported $23 million in goods, technology and services to Iran from 2003 to 2007.

The Treasury said that Weatherford, as part of a combined $100 million settlement with several federal government partners, had agreed to pay $91 million to settle the apparent violations, noting it was the largest-ever settlement outside of the banking industry for sanctions violations.

Weatherford will also pay a $87.2 million criminal penalty to the Justice Department and $65.6 million to the Securities and Exchange Commission.

The SEC noted the fine included a penalty for lack of cooperation early in the investigation.

The rest of the fines will be shared by the Commerce Department and the US attorney general's office in Texas, where the company has substantial operations.

"Although Weatherford's extensive remediation and its efforts to improve its compliance functions are positive signs, the corrupt conduct of Weatherford International's subsidiaries allowed it to earn millions of dollars in illicit profits, for which it is now paying a significant price," said Mythili Raman, acting assistant attorney general of the Justice Department's criminal division.

Weatherford said it had previously accrued $253 million to resolve the cases.

"This matter is now behind us. We move forward fully committed to a sustainable culture of compliance," Bernard Duroc-Danner, chairman, president and chief executive, said in a statement.

"With the internal policies and controls currently in place, we maintain a best-in-class compliance program and uphold the highest of ethical standards as we provide the industry's leading products and services to our customers worldwide."

The Geneva-based multinational oilfield service company operates in more than 100 countries and employs over 55,000 people worldwide.