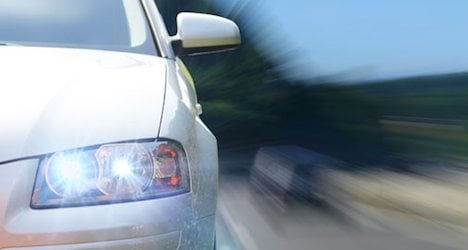 The new measure, taking effect on January 1st, is part of the department of transport’s “Via Secura” plan, which aims to improve safety on Swiss roads.

It is already obligatory to drive with lights on during the daytime in many parts of Europe, including all Scandinavian countries and Iceland.

The European Commission mandated that all new cars and small vans produced in factories in Europe as of February 2011 were to be equipped with daytime running lights that automatically switch on when the engine starts.

Swiss motorists’ group Touring Club Schweiz has launched a public awareness campaign on its website to remind people of the new regulation in Switzerland.

All motor vehicles, including delivery vans, trucks, buses and motorbikes are subject to the lights regulation.

Mopeds, electric bikes and bicycles will be exempted for the requirements, as well as farm vehicles.

ON its website TCS notes that motorist have the choice of using regular headlights or daytime running lights, which are less powerful and also use less energy and have a longer life.

Regular lights used during the day will increase fuel costs by about two percent, the motorists group says.

It is possible the retrofit older vehicles so that lights always go on when they start.

At night and when driving in tunnels regular lights are mandatory, given that daylight running lights do not provide sufficient illumination.