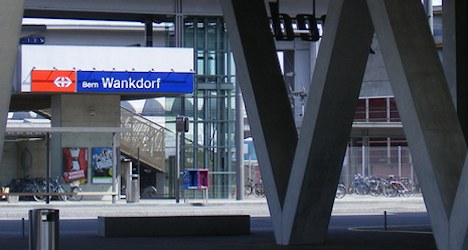 The women, aged 32 and 33, died after apparently been struck by a Geneva-St. Gallen train heading toward Bern’s main train station at around 6.32pm on Sunday, cantonal police said.

According to the initial findings the driver of the train tried to brake but was unable to prevent the accident, police said.

However, the background and circumstances of what happened remain unclear, investigators say.

The two women were formally identified on Monday as residents of the Swiss capital region.

Police are seeking witnesses in a bid to shed light on the circumstances of the deaths.

When emergency rescue workers arrived at the scene they found the lifeless bodies of the victims on the platform at the station, located near the Stade de Suisse football stadium.

Several hundred passengers had to change to another train and were able to continue their journey after a delay, police said.

Local trains were cancelled and others were delayed as a result of the incident.

Police are asking anyone with possible information to telephone 031 634 41 11.