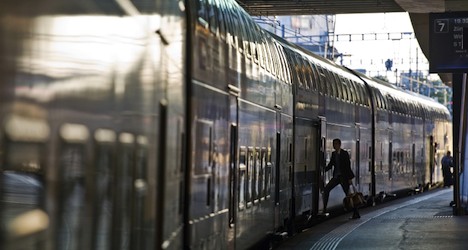 The fatalities occurred just a day after two women, sisters aged 32 and 33, died after being struck by another Intercity train travelling through the Bern-Wankdorf station.

The latest accident was reported at 8.10pm at the Bümpliz-South station, west of the centre of the Swiss capital, cantonal police said.

Police believe the two victims began crossing the track behind a departing train before being hit by the Intercity train heading to Fribourg.

The train driver activated the emergency brake but was unable to avoid a collision.

The identity of the victims was under investigation, police said, adding that they were adults.

Rail operators and the cantonal police department issued a public reminder that crossing the railway tracks at Swiss train stations is highly dangerous and prohibited.

Despite warning signs, people regularly venture across the tracks to avoid having to take the stairs to change platforms, according to media reports.

Bern cantonal police said witnesses with information about Sunday’s accident at Bern-Wankdorf have stepped forward and were to be questioned in a bid to shed light on what happened.

Police admitted that the circumstances of the sisters’ deaths was not initially clear.