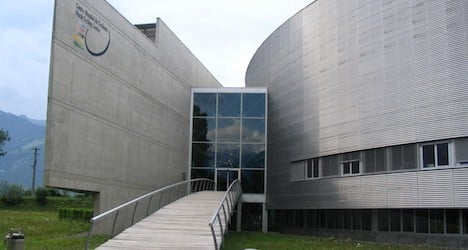 "The analysis of the biological passport of Mr Jonathan Tiernan-Locke by the Experts Panel has demonstrated an anti-doping rule violation (use of prohibited substances and/or methods)," the UCI said in a statement.

In line with UCI anti-doping rules, the governing body said it had asked British Cycling to initiate disciplinary proceedings against the rider.

The organization, based in Aigle in the canton of Vaud, declined to comment further.

The 28-year-old Tiernan-Locke, who joined Sky in January after winning last year's Tour of Britain, later released a statement via his management company in which he denied any wrongdoing.

"Mr Tiernan-Locke vehemently denies the charges brought against him and has informed the UCI that he fully intends to contest them," the statement said.

"Mr Tiernan-Locke will not ride for Team Sky, attend training camps or undertake any team duties until a decision is made in these proceedings.

"Mr Tiernan-Locke is looking forward to a speedy and just resolution of these unfortunate charges.

"Until a decision has been reached, Mr Tiernan-Locke will make no further comment on the matter."

In September, Team Sky announced that Tiernan-Locke faced an investigation by the UCI over unexplained discrepancies in his biological passport and had withdrawn from racing.

Sky reiterated its claim that the data being assessed came from Tiernan-Locke's time with former team Endura.

"We understand that the violation was highlighted by an anomaly in his biological passport, in a reading taken before he signed for this team," said a Team Sky statement.

"There are no doubts about his approach or performance in Team Sky," the statement said.

"This is a team that trains, races and wins clean."

Endura, meanwhile, declined to comment on the UCI probe other than to say the news was "disappointing".