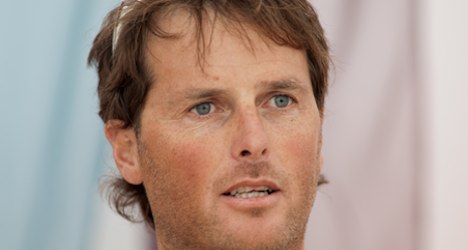 Maze swept through the 2012-2013 World Cup season with a record 24 podiums and 11 wins.
But her attempt to win gold at the 2010 Olympics in Vancouver ended in two silvers, in super-G and giant slalom.
"It was a request which I wasn't expecting. I am curious to start this adventure," Pini told RSI radio.
Maze, 29, had been working with Italian coach Walter Ronconi who has now gone on to replace Livio Magoni with the Italian women's squad.
Maze has endured a miserable start to the Olympic season, failing to win any of her 15 World Cup starts compared to five victories at this stage last season.
Pini, 49, has previously worked with Swiss compatriot Lara Gut.