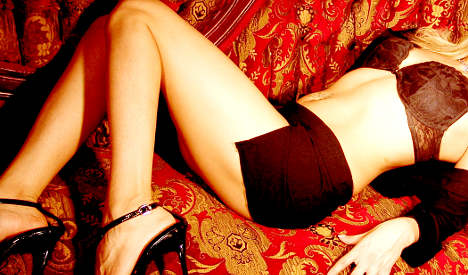 The forum, bringing together presidents, prime ministers, monarchs, corporate tycoons, boffins and Hollywood actors, is also drawing a class of professionals to service, ahem, the needs of the elite.

Call girls, escorts, courtesans, hookers, prostitutes, call them what you will, look to be back in business for the event in the Swiss mountain resort town this year.

After several “rather dead” forum meetings in recent years, the “horizontal trade” looks to be picking up, says Swiss tabloid newspaper Blick, which monitors these kinds of activities.

The economic crisis was a “pleasure killer”, the newspaper noted in an online report published on Tuesday.

And the sex scandal involving Dominique-Strauss-Kahn, the former head of the International Monetary Fund and a past WEF visitor, also “dampened libido”, Blick said.

“After such an international scandal, people become cautious,” Marlene Diederich, owner of the Mostindien-Escort agency told the newspaper.

But this year, the restraints are easing and Diederich is looking for business to slowly pick up again.

Particularly in demand, she said, are women in their mid-20s who can speak English.

Prostitution is legal, though regulated, in Switzerland.

And escort agencies openly advertise their services online and in English, including those in Davos.

Meanwhile, agencies from outside the mountain town from centres such as Zurich say they can dispatch women there in a couple of hours.

Advertised services vary from agencies who promise discreet but glamorous partners to escort important people to important events to those that list no-holds barred sexual services in clinical detail.

The forum has a good reputation with women escorts, who regard the clientele as “pleasant and respectful”, she added.

The escort business adds another element to a shindig as well known for its networking and partying as its speeches and workshops.

The demand for escorts may be driven by the fact that that 85 percent of the 2,500 people attending the forum gathering are male.

That’s an issue that has drawn criticism for the Geneva-based forum, which claims it is “committed to improving the state of the world”.

Alona Rivord, a communications manager at environmental group WWF, pointed out the WEF’s chauvinism in a BuzzFeed community post.

“The world is 49.6 percent female — Davos is 15 percent female,” writes Rivord, who itemizes four ways the forum “fails to represent the world”.

Too late to worry about that, the partying has already begun.