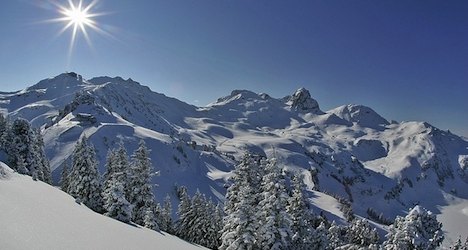 The incident occurred around 11.30am at Flumserberg, in eastern Switzerland, when a section of the lift became disconnected from a supporting tower.

The Blick newspaper reported that two chairs from the lift, luckily unoccupied, dropped to the ground.

There were no injuries but 12 skiers had to be lowered from the two-seater chairs by cable.

“Fortunately, no one was hurt, that’s the main thing,” Michel said.

The incident was a shock for skiers on the lift but the rescue went smoothly, he said.

An investigation has been launched into the accident, which occurred on one of the resort’s older lifts linking the Seebenalp at 1,650 metres to the Zigerboden at 2,000 metres

“Currently, we assume that the wind gust was responsible,” Michel told Blick.