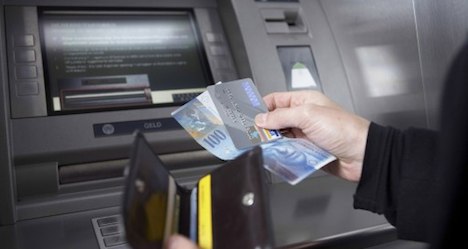 The International Comparison Program report, released on Tuesday in the US, compares purchasing power and real expenditures of 177 countries using statistics from 2011.

Switzerland ranks ahead of Norway, Bermuda, Australia and Denmark in the table for highest “price level indexes,” the report says.

The lowest-cost country is Egypt, just ahead of Pakistan, Myanmar and Ethiopia.

The rankings are calculated to discount currency rate impacts.

Other countries in the top 10 for highest prices include Sweden (sixth), followed by Japan, Finland, Luxembourg and Canada.

The United States, which the study ranks as the world’s largest economy, ranks 25th for prices.

The study says that in terms of Gross Domestic Product, China’s economy was 87 percent of the size of America’s, double what it was in relation to the US in 2005.

The study found that the countries with the highest per capita income were Qatar, Macao, Luxembourg, Kuwait and Brunei.

Malawi, Mozambique and Liberia headed the list of countries at the opposite end of the spectrum where annual income per resident was less than $1,000.

The study found that 48 percent of the world’s $90.6 trillion economic output in 2011 came from "middle-income" countries, which accounted for 32 percent of the total in 2005.