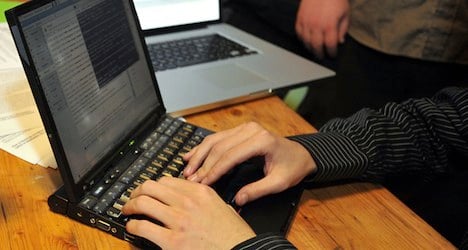 The man, believed to be a 26-year-old Moroccan, was arrested in Bangkok after justice authorities in Bern issued an international warrant for his arrest, the federal prosecutor’s office confirmed on Monday.

The man is suspected of fraudulently obtaining bank card details and other prohibited economic information through the internet, the office informed the ATS news agency.

The daily newspaper 20 Minuten identified the man as a Moroccan citizen.

The thefts date back to October 2010, ATS said.

Switzerland is set to make a formal request to extradite the man from Thailand.

Swiss official noted a rise in cybercrime affecting residents of Switzerland last year, with 9,208 cases reported, up 12 percent from the previous year.

More than 440 cases involved attempts to obtain private banking details through the internet.