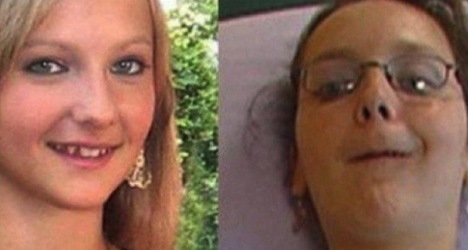 Photos of Céline Pfleger before an after the embolism. Photos: RTS

Her parents went to court in a bid to seek 5.3 million francs in damages and additional sum of 400,000 francs for moral liability.

But the Zurich cantonal court rejected the claim saying there was no evidence that the pill taken was at fault.

The family announced it would appeal the decision on Monday and insurer CSS said on Tuesday it was following suit.

The Lucerne-based insurer has paid out more than 600,000 francs to cover treatment expenses for the young woman.

CSS argued the Zurich court did not examine the case deeply enough.

The company maintains that pulmonary embolism is a proven secondary effect of Yasmin.

“In the current case it’s Céline Pleger who is impacted, but numerous other women are also,” said Philomena Colatrella, secretary general and CSS board director.

“It’s why we want a judgment in principle from the supreme court.”

Colatrella said the company felt the court did not take sufficenbtly seriously the responsibility of Bayer in the case.

“The Yasmin contraceptive is sold like a lifestyle product to young women,” she said.

“The heavy consequences of ‘innovations’ such as the Yasmin pill should not fall back on individuals and in the final analysis . . . on the payers of (health insurance) premiums.”

CSS is one of the leading health care insurance firms in Switzerland, insuring around 1.73 million people.

In the US, blood clots and other severe side effects associated with the use of Yasmin and Yaz birth control pills have led 10,000 patients in the US to file lawsuits against Bayer, according to the Drugwatch website.

The website said 100 deaths have been linked to use of the pills.

Labelling imposed by the US Food and Drug Administration warns women who smoke about an increased risk of serious cardiovascular effects if they use the drugs.