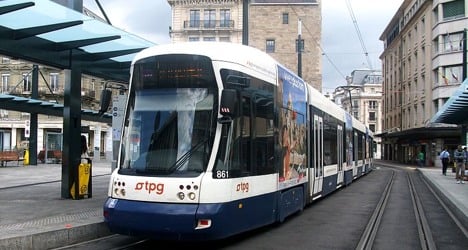 The incident occurred at the Bel Air stop in the centre of the city, cantonal police said in a news release issued on Sunday.

At around 6.28pm, the victim fell and hit her head against a No. 14 streetcar heading towards the Cornavin train station, the release said.

The seriously injured woman was transported by ambulance to the Geneva cantonal hospital (HUG), where she died during the night, police said.

The 39-year-old driver of the streetcar could not anticipate the collision with the woman, a local resident, the Tribune de Genève reported.

“She was not knocked over by the tram,” police spokesman Christophe Fortis, told the Tribune.

“The first accounts we received did not explain this fall,” Fortis added.

Police maintain the layout of the streetcar stop, which is located on a bridge over the Rhône River, was not at issue.

But the Tribune noted there had been a lot of criticism of the Bel Air stop, judged by some to be dangerous for pedestrians and cyclists forced to weave in and out of lanes to negotiate the roadway.