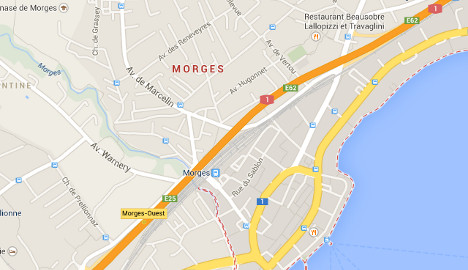 Police were alerted after the Audi was seen travelling at high speed the wrong way down a road near Saint-Prex, causing a minor accident involving another car.

After a second accident near Nyon, the driver took flight down the A1 motorway towards Lausanne, with police in pursuit.

During the ensuing chase, which reached speeds of more than 200 kilometres an hour, the Audi collided with five further vehicles before finally being stopped at the Morges-West exit.

A 38-year-old woman injured in the five-car pile-up was freed from the wreckage by firemen and taken to Morges hospital for treatment.

A policeman was also injured while arresting the driver of the Audi.

The 17-year-old French resident, originally from the Faroe Islands, was transferred to Lausanne’s CHUV hospital for treatment of minor injuries before being taken into custody.