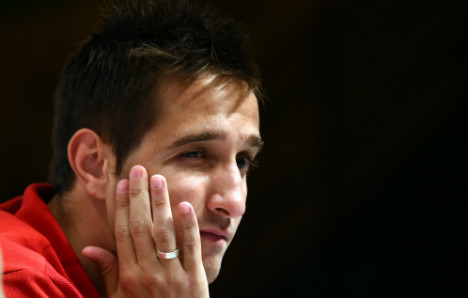 The FC Zurich forward's foot got stuck in the turf when he fell badly.

A scan revealed he had torn his cruciate ligament. He will now go back to Switzerland for an operation.

Switzerland play in the last 16 clash against Lionel Messi's Argentina in Sao Paulo on Tuesday.