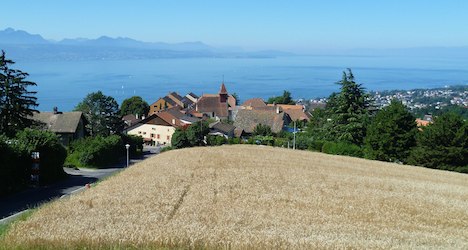 The man responsible for shooting the teen before apparently turning the gun on himself on Friday was a Swiss citizen who was the former boyfriend of the victim’s mother, Vaud cantonal police said in a news release.

Police said they were were informed at 11am of the abduction of the girl, identified in news reports as Chloé, from Belmont-sur-Lausanne, where she lived.

The kidnapper, wearing a mask, forced her into the boot of a rented white Volkswagen Polo and drove off to a forest above Lutry, a community east of Lausanne.

Police said they mobilized more than 40 police patrols and were able to find the car within less than hour.

The bodies of the girl and the man, a resident of Geneva, were found with gunshot wounds, according to the police news release.

The tragedy has shocked the residents of Belmont-sur-Lausanne, a village overlooking Lake Geneva.

The municipality is organizing a meeting with two counsellors to talk to friends of the victim on Tuesday.

“It hurts,” Gustave Muheim, mayor of Belmont-sur-Lausanne, is quoted as saying by the ATS news agency on Sunday.

“It’s incredible, the effect on a village community,” Muheim said.

“There is still some humanity here on earth.”

The municipality issued a statement on its website stating its "profound sadness" over the killing and extending condolences to the victim's family, including her parents and sisters, and friends.

Classmates of Chloé left flowers and written notes outside her school in nearby Pully, ATS reported.

The news agency reported that the gun used in the killings was a pistol that had been legally acquired and was not a military weapon.

The man was not known to police for any unsavoury activity.

Out of respect for the privacy of the victim’s family, police have not given further information about the background to the case.