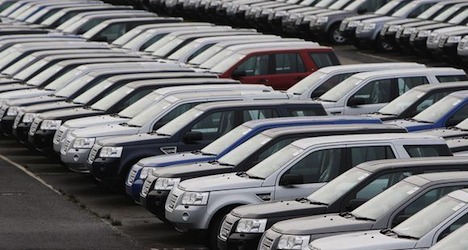 The bank’s consumption indicator sank from 2.07 to 1.66 points, with only a rise in new vehicle sales bucking the trend, the report said.

A 26 percent rise in new vehicle registrations in July over the previous month marked the first time since 2012 that registrations have increased, UBS said.

Consumer sentiment recorded by the State Secretariat for Economic Affairs (Seco) was slightly weaker last month at minus one, down from plus one point, the bank said.

However, it remains well above the long-term average of minus nine.

One the one hand, “most households anticipate their future economic and financial situation to be worse,” it said.

“On the other, as more consumers assume an improvement to the labour market, along with higher prices, they consider the present time favorable for larger purchases, including cars.”

The registration of new vehicles last month was the highest for July since 2000.

Private consumption accounts for about 60 percent of Switzerland’s Gross Domestic Product, a measure of the country’s economy.

UBS said its consumption indicator signals private consumption trends in Switzerland with a lead time of about three months on official figures.