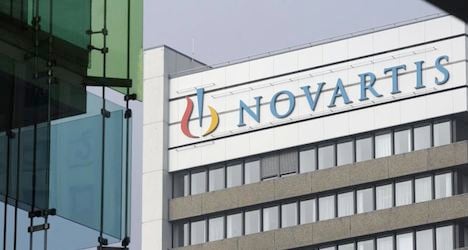 The new drug, called LCZ696, has been labelled a potential "blockbuster" with sales in the billions of dollars, say analysts.

Cardiovascular failure, in which the heart does not pump blood effectively, kills at least 26 million people a year worldwide.

Novartis unveiled the highly anticipated results on Saturday at a meeting of the European Society of Cardiology in Barcelona, Spain and simultaneously in an article in the New England Journal of Medicine.

The study — conducted with more than 8,400 patients in 47 countries over 27 months — compared the safety and effectiveness of the drug on patients with heart failure to the current gold standard, Enalapril.

At the end of the observation period, 21.8 percent of participants taking LCZ696 died from heart failure, a fifth lower than the 26.5 percent who died taking Enalapril.

Novartis plans to request authorization to bring the medication to market from the US drug regulator by the end of the year, and from the European Union equivalent in early 2015.

It said in a statement that the results were "highly significant and clinically important".

The drug also reduced hospitalizations by 21 percent, the study showed.

"I think that when physicians see these data, they will find it compelling, and what we will see is a paradigm shift," said Milton Packer, a clinical sciences professor at the University of Texas and a co-author of the study.

Despite existing treatments, the mortality rate from heart failure remains high, with around 50 percent of patients dying within five years of diagnosis, Novartis said.

The condition leads to shortness of breath, fatigue, and fluid retention in the arms and legs.

Novartis announced last March it was ending its clinical trial early because the results showed a marked improvement over Enalapril, the medication most often prescribed for heart failure, high blood pressure and other heart problems.

But the new drug, LCZ696, is likely to be expensive, analyst Tim Anderson of Sanford C. Bernstein told the New York Times.

Anderson said the drug may cost as much as $7 (five euros) a day —- or $2,500 a year — in the United States, nearly double the $4 a day pricetag on other options, which are available as generics.

The study found an increased risk of low blood pressure with LCZ696, but fewer instances of kidney problems than with the group taking Enalapril.