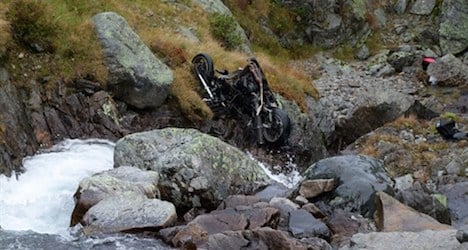 The man’s body was recovered on Sunday near the Flüela pass, police said in a statement.

He was on a motorcycle tour through Europe with another British man, according to the statement.

The pair had travelled through the mountain pass on Saturday night en route for Bormio, northern Italy.

Upon arrival in the town, the other man reported his colleague missing to Italian authorities, who conducted checks of local hospitals.

He then returned to Davos in Switzerland, where he contacted Graubünden cantonal police.

The dead man had lost control of his motorbike in the Chant Sura area and plunged down a steep slope into a stream.

Police were forced to close the road through the Flüela pass temporarily to allow for the recovery of the victim’s body.