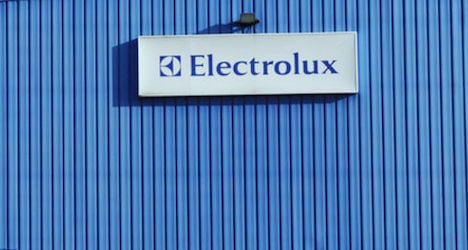 The company said on Monday the move was necessary because the plant, which makes cooking appliances, was no longer economic.

The company laid off 80 people at its Schwanden operations last year after announcing in 2012 that it was reorienting the focus of the plant to the Swiss market.

“The market and competitive environment in Europe and Switzerland are extremely challenging,” the company said in a statement.

Electrolux said it aims to close the Schwanden plant by the end of 2015.

The company has launched a consultation process with employee representatives and is developing a social plan.

It said the market in Europe was shrinking while the Electrolux Group has a production over-capacity.

But the company noted that its decision to close the Glarus plant was also influenced by tighter regulations regarding “Swiss Made” products that were used to market appliances made there.

It said it could not meet these provisions because, to remain cost competitive, certain components are manufactured outside of Switzerland.

The company said the fact it had recently invested in manufacturing equipment at the Schwanden plant showed that it wanted to to keep the site operating.

In addition to this plant, Electrolux employs 700 people at other sites in Switzerland, including Sursee in the canton of Lucerne, where it produces kitchen appliances.

It said Switzerland remained an important market and its plans to launch new products for the domestic market.

Headquartered in Stockholm, Electrolux employs around 61,000 employees globally and recorded revenues of 12.6 billion euros in 2013.