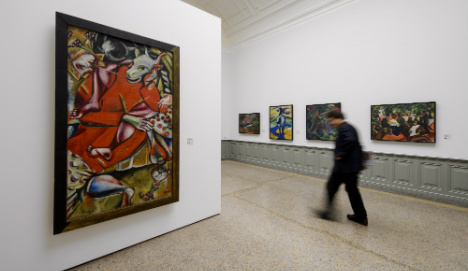 Such a move "would open a Pandora's Box and cause an avalanche of lawsuits" by rival presumed heirs of the stolen art, Ronald Lauder, the head of the World Jewish Congress, told the German weekly Der Spiegel.

In the same interview, German Culture Minister Monika Gruetters said the government was in talks with Bern's Museum of Fine Arts over the 1,280 paintings, drawings and sketches by Picasso, Monet, Chagall and other grand masters.

Before his death in May aged 81, Gurlitt, the son of a Nazi-era art dealer, struck an accord with the German government to help track down the rightful owners of the artworks, including Jews whose property was stolen or extorted under the Third Reich.

The works were seized in early 2012 when they were discovered by chance during a tax evasion probe, and Gurlitt willed them to the museum.

"I am sure we will reach a good and reasonable solution," Gruetters said in the interview to be published on Monday.