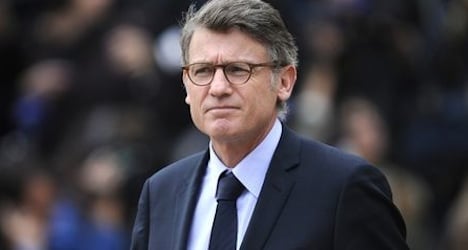 Peillon is a longtime member of France’s Socialist party and current member of the European parliament who served as national education minister from 2012 until March of this year.

But he is also an academic having obtained a doctorate in philosophy from the Pantheon-Sorbonne University, and is set to teach and conduct research on the “history of democracy,” the French-language university said on Monday.

Peillon, who starts duties on December 1st, will be attached to the university’s institute of philosophy, which is part of the faculty of letters and human sciences.

He will also collaborate with the university’s institute of history.

With Peillon’s involvement, the Neuchâtel university plans to develop a project of research and teaching into republicanism and republican thinking.

The university described him as en expert in republican and secular thought from the 19th and 20th centuries.

The former high school teacher served as a member of the French national assembly (parliament) from 1997 to 2002 before becoming a research fellow at the Centre national de la recherche scientifique, where he worked on the history of socialism.

After the election of François Hollande as French president, he became national education minister under the government of former prime minister Jean-Marc Ayrault.

He was responsible for returning the five-day week (including a half-day on Wednesdays) for French primary schools, starting last year, ending a four-day week.