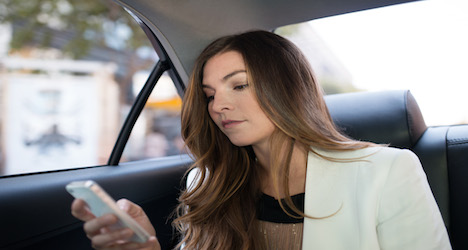 According to Le Matin Dimanche newspaper, eight drivers working for the United States app-based ride provider have taken legal action after being intimidated and insulted by competitors.

The paper said tensions were running high in the taxi market in Switzerland’s second city where Uber launched in September.

In addition to verbal abuse, Uber drivers have complained of damage to their cars.

One driver also spat in her face, the 35-year-old said, adding that she had taken a photograph of the licence plate of one of the cab drivers who had insulted her, and sent it to the police.

Another Uber driver who didn’t give his name said he had been attacked by a group of taxi drivers when he tried to pick up customers outside the Hotel Kempinski.

Hamaza told the paper that despite the intimidation she would continue working for Uber as long as the courts allowed it.

Cantonal authorities in Geneva have raised questions about the legality of the Uber operation in the face of protests from traditional cab companies concerned at their prices being undercut.

Uber launched in Zurich last year amid complaints that the market was already saturated, and began operations in Basel earlier this month.

The ride service has been banned in Germany, the Netherlands and Spain and more recently in New Delhi, India, following the alleged rape of a 26-year-old woman passenger by a driver working with the Uber app.

Based in San Francisco Uber has operations in more than 200 cities worldwide.