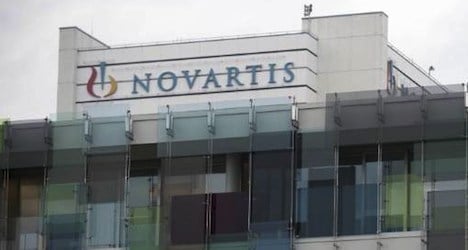 The Japanese decision allows Novartis to sell secukinumab, sold under the name Cosentyx, to adult patients suffering psoriasis vulgaris and psoriatic arthritis, and who aren't responding to other medication.

The drug is considered by experts to have potentially enormous market value of between $1 billion and $2.5 billion annually. It's estimated 3 percent of the world's population — or over 125 million people — suffer from some form of psoriasis, including over 400,000 individuals in Japan alone.

Psoriasis vulgaris is a skin disease provoking thick, itchy lesions, while the articular variant causes stiffness and pain in joints.

Novartis said in a statement that during clinical testing of the drug, 70 percent of patients experienced improvement or complete clearing of their psoriasis symptoms.

Approval in Japan follows the recommendation by European drug regulators in November that Cosentyx be approved for sale as a first-line treatment of psoriasis.

Similarly, the US Food and Drug Administration is expected to approve the medication in early 2015 after its panel of experts issued a similarly positive recommendation in October.

Novartis says Cosentyx is a human monoclonal antibody that neutralises a protein present in high levels of concentration in psoriasis patients.