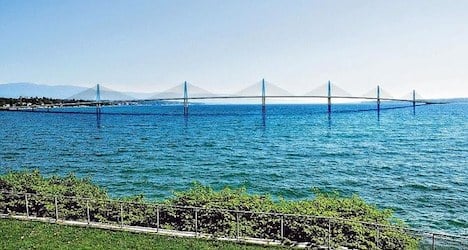 Backers of the crossing — either a tunnel or bridge with a cost estimated between 2.8 billion and 3.3 billion francs ($2.8 billion-$3.3 billion) — filed 11,700 signatures with authorities on Monday.

They hope the issue will go to a referendum next year with a goal to see the crossing built by 2030.

The initiative is the latest in a round of similar proposals and comes after Geneva voters in September rejected another planned motor vehicle crossing of the lake near the city harbour (Rade).

The proposal is being pushed by centre-right parties the Liberals (PLR) and the Christian Democrats, with support from the local chamber of commerce and such groups as Touring Club Suisse.

Proponents say the project would improve mobility in Geneva, where traffic jams clog the city centre.

It would provide another option for motorists who want to travel from the canton’s Right Bank to its Left Bank without traversing the congested Pont du Mont-Blanc, which crosses the western edge of Lake Geneva where the lake empties into the Rhone River.

But not everyone is enthralled with the proposal.

Robert Cramer, a federal senator from Geneva who is a member of the Green Party, called the initiative “at best futile and at worst counter-productive”, the Tribune de Genève reported.

Cramer warned that support for such a project would jeopardize federal funding to widen the motorway linking Geneva and Lausanne from four lanes to six.

Bern has already helped finance a new regional rail link that also aims to link the two sides of the canton.