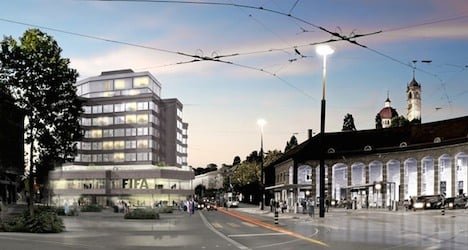 The gemstone base of the trophy first awarded in 1930 was found last month, according to David Ausseil, creative director of the museum which is still being built.

"We found this base in storage at Fifa," Ausseil said.

"It is the original base of the Jules Rimet trophy in lapis lazuli."

The ten-centimetre tall base has the names of the first four World Cup winners between 1930 and 1950.

Uruguay and Italy each won the tournament twice in that time.

Brazil was given the gold Jules Rimet trophy permanently after they won the World Cup for the third time in 1970.

It was stolen in 1983 and has never been found.

The new 3,500 square metre World Football Museum in the centre of Zurich is expected to open its doors in March, 2016.

It is to be housed in a block below offices and 34 apartments.