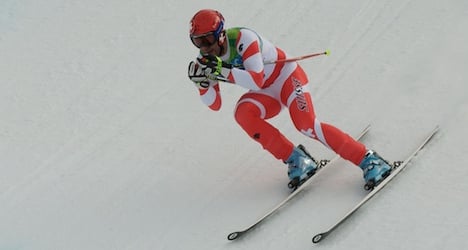 Défago, 37, finished behind Norway’s Kjetil Janrsrud to mount the winner’s podium for the 16th time in his career but only the first time this season, which he has said will be his last.

A native of Morgins in the canton of Valais, Défago beat out Austria’s George Streitberger by seven-hundredths of a second.

Défago, who made his World Cup debut in March 1996 as an 18-year-old, is celebrated for winning the downhill gold medal for Switzerland in the 2010 Winter Olympics in Vancouver.

Jansrud’s victory assures him the world title for the downhill for 2014-15, coming on top of the super-G title that he has already clinched.

Défago, meanwhile, will be competing on Thursday in the super-G race at Méribel.