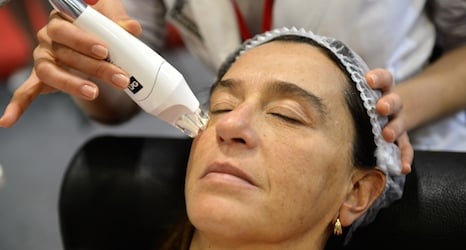 The investigation targets private clinics and people who have illegally offered the injections which are particularly popular among wealthy Chinese, Middle Eastern and Russian nationals, the Federal Office of Public Health (OFSP) said on Thursday.

As part of the so-called live cell treatments, invented in the 1930s by Swiss doctor Paul Niehans, cells extracted from sheep, cow or pig foetuses are injected into patients hoping to roll back the effects of age or searching for renewed vigour.

Authorities say there is no scientific evidence proving the effectiveness of the treatments, which providers also claim can help fight against migraines and chronic conditions like cancer.

Health authorities said they know of at least 35 clinics that offer the treatments yet it appears none of them have the proper permits.

The clinics were already warned in 2014 to stop operating without authorization.

According to Swiss TV the treatments are worth millions of euros per year to the clinics that deliver them.

The head of a travel agency specializing in medical tourism for Chinese people stood up for the cell therapies.

"These treatments work. We have clients who come back every two years," said Swissna agency owner Xu Junhua. "If it didn't work, people wouldn't spend so much money."

The animal cells can also infect patients with disease-causing pathogens.