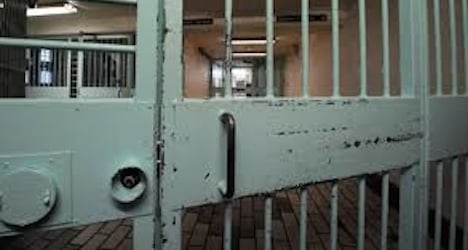 The guard accompanying the man, being held in preventive detention, was unable to prevent the man’s action on Wednesday, the cantonal prosecutor’s office said, describing the event as a "suicide".

The prisoner was taken to hospital suffering from severe head injuries but he died several hours later, the office said.

He was suspected of killing his daughter with a knife and slightly injuring his 43-year-old wife on February 1st in their home in the municipality of Niederlanz.

The suspect, who was facing criminal proceedings, was also injured.

A neighbour told newspaper 20 Minuten that he heard the girl’s mother run out of the house and cry, “Help, my husband has killed our daughter” several times.

The neighbour said he saw ambulance attendants carrying the father in a stretcher with two large kitchen knives “stuck in his belly”, the newspaper reported.

Up until the most recent questioning by investigators, the suspect declared that he had no memory of the events in question, the ATS news agency reported.