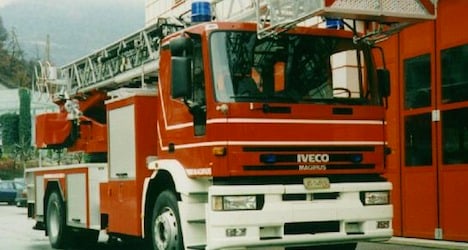 The blaze broke out in the woman’s first-floor apartment in Sierre at around 1.15pm, cantonal police said in a statement.

Fire fighters came to rescue the woman who was asphyxiated from the smoke, police said.

Attempts by medics to revive her were unsuccessful.

The fire was quickly put out, but smoke damage in the four-storey building was extensive, police said.

The building was evacuated and two other residents, suffering from smoke inhalation, were taken to hospital for checks.

Earlier in the week, Valais police reported on the death of a 69-year-old Frenchman in accident while climbing Mont Vélan, a 3,727-metre peak near Bourg Saint Pierre, on Tuesday afternoon.

The man, who was alone, had reached the peak by a couloir on the mountain’s west face.

For unknown reasons, he fell 500 metres down the slope while descending the couloir, police said.

The man’s body was discovered by a guide who was taking the same route.