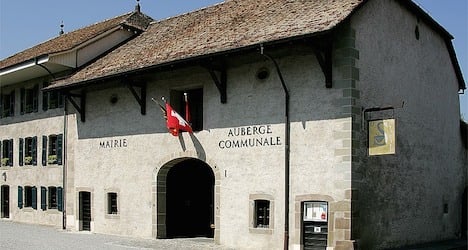 The francophone woman told staff of the Italian-language internet site mattinonline.ch that she had a scoop to offer before confessing to killing her former spouse.

The woman is suspected of shooting to death her 73-year-old ex-husband on Tuesday at the the other end of Switzerland.

Police found the man's body in the underground parking area of an apartment building in Collonge-Bellerive in the canton of Geneva.

“I asked her what she wanted,” Rita Brusa, an employee of the news site told the 20 minuti newspaper.

“She was speaking French so I took her to a colleague,” Brusa said.

“It was then that she confessed to killing her spouse.”

News staff weren’t sure what to make of the woman’s story but they contacted police, who arrested her.

“They searched the woman and in her bag there was a handgun, perhaps loaded,” she said.

Geneva cantonal police confirmed that the woman, a Swiss citizen born in 1946, is the former wife of the man killed on Tuesday.

She was to be transported to Geneva where she will be questioned by investigators and where a request for her provisional detention has been made.

Elsewhere, a 48-year-old woman is under arrest following the murder of a 55-year-old Swiss man with whom she was living in Nyon in the canton of Vaud, cantonal police said on Thursday.

The man was found on the floor of his ground-floor apartment in the Résidences du Parc complex after police received a call informing them that a person was dead in the flat on Tuesday night.

The victim’s death was immediately confirmed by an emergency medic, police said in a statement.

He had received several wounds from a sharp object, apparently a knife, the statement said.

His girlfriend, of Serbian origin, admitted her involvement in the attack after being interviewed by investigators and a prosecutor, although the specific details have yet to be established, police said.