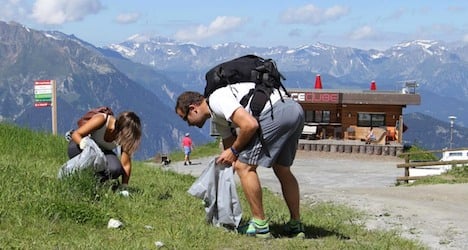 Collecting litter at Verbier in the canton of Valais. Photo: Summit Foundation

As much as one ton of rubbish was collected in the inaugural ‘mountain cleaning day’ five years ago at Saas-Fee, an Alpine resort in the canton of Valais.

From plastic bottles and cigarette butts to more obscure items including a decades-old pair of shoes and an oven, a vast number of items are cleared from the slopes in what is now an annual event.

Around 50-80 volunteers are expected at this year’s cleaning day on June 17th, says Pirmin Joas of Saas-Fee tourism, which organizes the clean-up.

They will spend an afternoon picking litter under ski lifts and on popular winter hiking and toboggan routes before being rewarded for their efforts with a barbecue to end the day.

“It’s fun and you can do something very positive for the environment, enjoying yourself in the company of others who have the same aims,” Joas tells The Local.

The resort is one of many across the country staging cleaning days this summer.

Usually organized by tourist offices, ski schools and ski-lift companies, the days are promoted and supported by Summit Foundation, an independent non-profit organization.

Created by Laurent Thurnheer in 2001 with the aim of increasing environmental awareness and reducing the impact of activities such as skiing and hiking on the environment, Summit Foundation’s founding project was to combat littering in the mountains through cleaning days.

Since 2009, when it coordinated its efforts into a national campaign, the number of cleaning days has grown from around 20 a year to an anticipated 50 this year, tallying with a general increase in awareness of the littering problem in Switzerland.

In 2013 the Swiss farmers’ association, the Schweizerischer Bauernverband, launched a publicity campaign to make the public aware of the amount of rubbish left in farmers’ fields.

And earlier this year federal MPs drafted a proposal to introduce tougher penalties for littering, including on-the-spot fines.

“The first is to get rid of rubbish for both aesthetic and environmental reasons, since all rubbish has an environmental impact,” he tells The Local, explaining how bits of metal and plastic can be eaten by animals, and chemical substances from cigarette butts pollute the soil and water.

“The second aim is one of awareness. People come to the mountains in winter to ski and don’t realize the amount of rubbish that can be created from skiing, so it’s a way of opening their eyes to the environmental impact of these winter activities.”

Cleaning up at Verbier. Photo: Summit Foundation
While some littering is accidental – a glove or a ski pole dropped from a ski lift – “most of the rubbish is left by people who throw it on the ground”, he says.

As such, it’s the responsibility of everyone who enjoys the mountains in winter to help clean them up in summer and “give a little something back”, feels Kressmann.

“When we use the mountain, whether as a business such as a ski lift operator, or for pleasure like we do [when skiing], we all have responsibility for the rubbish that’s left there.”

While litter-picking may not be everyone’s idea of a fun day out, Kressmann feels it can be a great way to experience the resort differently.

“We go up under the line of the ski lift so instantly you are going places you haven’t been before or discovering something new.

“It's also a way of opening people’s minds to the beauty of the environment and the nature that surrounds us, such as local flora and fauna, and perhaps we come across an ibex or marmot. It makes the day into something special.”

Céline Mayor, originally from Lausanne, has twice taken part in a cleaning day in the Valais resort of Verbier.

“I think that we can all do something to protect our environment and participating in a cleaning day… is a way of showing people that we can make things happen,” the 34-year-old tells The Local.

“Of course you are there to clean the ski slopes, but in the end you have a good time, the people are very enthusiastic, we laugh a lot.”

While most participants are Swiss and from the local area, cleaning days are open to everyone.

“What I found great was that there were lots of kids,” says Mayor. “It’s great to see them being made aware of the issue.”

“Even if it’s mainly local people, there are plenty of people who speak English,” she adds, pointing out that expats are most welcome.

On average around 50-100 people take part in a cleaning day, says Summit Foundation’s Kressmann, but variables such as the weather mean there could be as few as five or as many as 300.

And in the end, success is difficult to define, he says.

“The real success would be to no longer have to do these cleaning days.”

A full list of this year’s cleaning days can be found here. 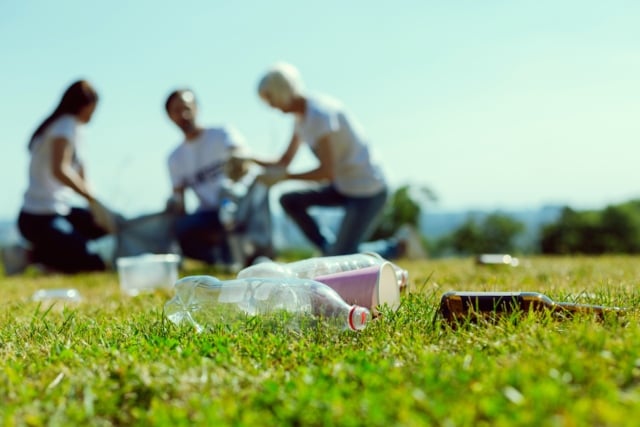 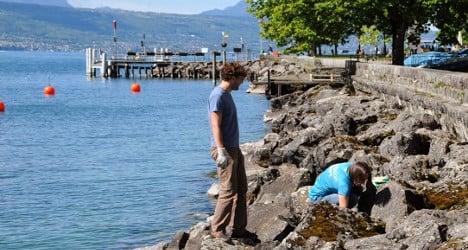