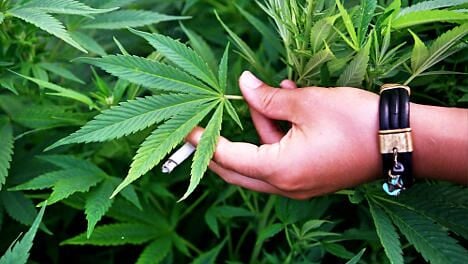 The youth fell ill after consuming a 35-franc pearl barley with Graubünden hemp and mascarpone dish – the creation of top chef Pascal Schmutz – at the trendy eatery.

He was rushed to hospital where a urine test found traces of THC, the principal psychoactive constituent of cannabis.

Contacted by the angry parents, the restaurant initially denied the vegetarian dish could have caused the boy’s high.

“We thought he had perhaps smoked a joint,” the Blick tabloid online version quoted Kaufleuten co-proprietor Marc Brechtbühl as saying.

But cantonal laboratory tests on the pearl barley revealed THC levels far in excess of permitted levels, Blick said. The hemp used was not intended for commercial use.

Brechtbühl insisted that the 0.3 grammes of cannabis called for in the recipe did not pose any health risk.

“Other guests who tried the creation experienced no problems,” the Kaufleuten proprietor said. However, the dish had been removed from the menu, he said.

The cantonal food inspectors have launched an investigation and the restaurant said it expected to receive a fine.

The Kaufleuten is now offering a vegetarian option of homemade pasta with truffles and mushrooms that it guarantees will have no hallucinogenic effects.