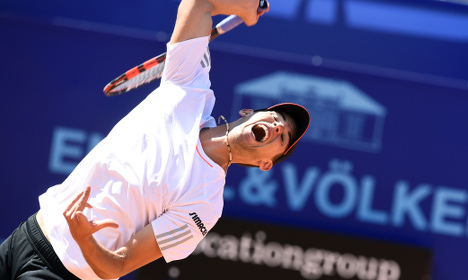 The 21-year-old third seed added this to his wins in Nice in May and last week in Umag to become the first Austrian to get on the Gstaad roll of honour.

For Thiem there was a sense of revenge as last season Belgium's Goffin had come out on top when they met in the final at Kitzbuehel.

On the way to the final he overcame second seed Feliciano Lopez of Spain in the semis and another Spaniard, seventh seed Pablo Carreno-Busta in the last eight.

Thiem went 3-1 up in the opening set only for Goffin to peg him back with two breaks of serve only for a double fault allowing Thiem to level at 5-5.

A third break saw Thiem take the set, and with momentum on his side he closed out comfortably to win in one hour and 26 minutes.