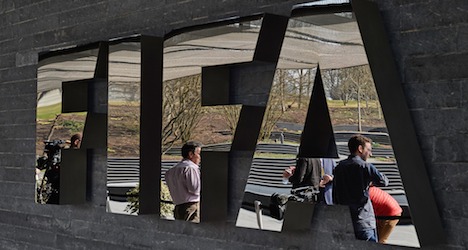 Figueredo, a Uruguayan national, has been charged by the US justice department with using his influence to solicit millions of dollars worth of bribes from sports marketing firms.

He was among the seven Fifa officials arrested in May at a luxury hotel in Zurich, following indictments issued by US Attorney General Loretta Lynch.

One of those arrested, Jeffrey Webb of the Cayman Islands, agreed to extradition and was sent to the US in July, but the remaining six had challenged a transfer to American courts.

“All of the conditions for extradition are fulfilled,” the Swiss justice department said in a statement, adding that Figueredo had five days to notify of his intent to appeal, and 30 days to formally file an appeal.

Lynch met with her Swiss counterpart Michael Lauber this week in Zurich and said she was hopeful that all of those indicted by her office would be extradited.

Switzerland is expected to rule on the remaining five extradition requests by the end of the month.

Lynch has said she has evidence of more than $150 million worth of corruption at Fifa dating back to 1991, and on Monday made clear that her investigation has widened since May and that more people and “entities” are likely to face charges.

She however declined to discuss whether Fifa President Sepp Blatter could ultimately be charged.

The much-criticized 79-year-old Blatter has vehemently denied any wrongdoing in the scandal that has stained the world's most popular sport, even if some experts insist he must have been aware of the massive graft taking place under his watch.

Blatter has said he will step down when his successor is chosen at an election in February.

Figueredo may “have acquired US citizenship fraudulently by submitting forged medical reports in 2005 and 2006,” the Swiss justice ministry said, noting that he could also facing charges for document forgery.

The US presented Swiss authorities with evidence that Figueredo repeatedly took bribes in exchange for awarding sports marketing contracts, specifically in connection with major South American football tournaments in 2015, 2016, 2019 and 2023.

Lauber has launched his own investigation into the awarding of the 2018 and 2022 World Cups to Russia and Qatar, respectively, focusing on whether or not bribes were paid in the bidding process.

Lauber has not named any individuals who could face charges through his inquiry — which is separate from the US probe — but it is possible that the two investigations will overlap.